For 40 years in the sector as a manufacturer of carbines, pistols and pellets, have achieved international recognition for the quality and performance of their products. This has allowed them to become the official supplier of many prestigious clients around the world. At present, GAMO is the largest manufacturer of compressed air rifles in Europe and we CarabinasYPistolas we show you the entire catalogue.

The catalog of Gamo compressed air rifles is classified in:

Gamo standard or start airguns that include the less powerful air rifles and the smaller ones with the "F" sign marked on the barrel.

Gamo stands out from other brands because of its constant evolution in the world of compressed air. Their Gamo IGT air rifles are more stable than the spring ones, and are now in their third generation, and their current Gamo PCP have managed to reach a large number of athletes for their price and super-fine technology. The Gamo air rifles are recognized worldwide and also treasure an after-sale so effective that those who buy a Gamo know that they buy well. 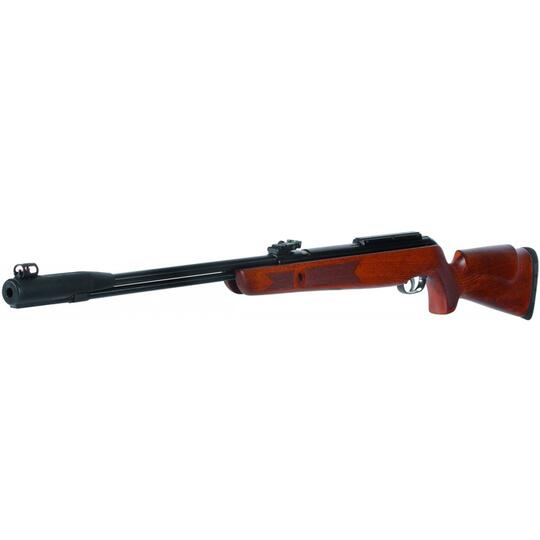 What are the best air rfiles to start?

In Gamo you will find the initiation air rifles that will go better if you want to start in the compressed air or for the younger ones.

For example, the Gamo Delta is the best known, as well as the Junior Delta, with its beautiful wooden stock, and the Gamo Forest, which is already half-power to have something intermediate to start with.

And what are the best-selling Gamo high-powered air rifles?

Without a doubt the Whisper X Vampir, and approaching the Replay X Maxxim, the multi-shot air rifle by Gamo. The Black 1000 follows them closely.