Wide range of Gamo scopes, from basic series for air rifle shooting beginners to scope series aimed to field target experts. At carabinasypistolas we have a scope for every need.

With a wide range of Gamo rifle scope, where you can find from the most basic series of initiation to the shooting with air rifle, to series suitable for the most demanding fans to the field target, Gamo is the largest offer in viewers to mount in your carbine of balines

In carabinasypistolas a rifle scope for every need.

Here you also have the Gamo 4x32 WR Vampir rifle scope and the 3-9x40 WR Vampir, one of the most purchased rifle scopes that includes a laser and a flashlight. Remember that there are also Gamo rifle scopes with illuminated reticle and Mil Dot reticle. 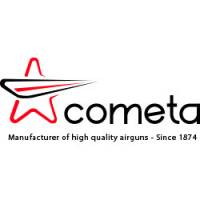 "Unbeatable price quality ratio" / "Perfect value for money" is usually a comment or opinion of the Gamo 4x32 viewer of the most common.